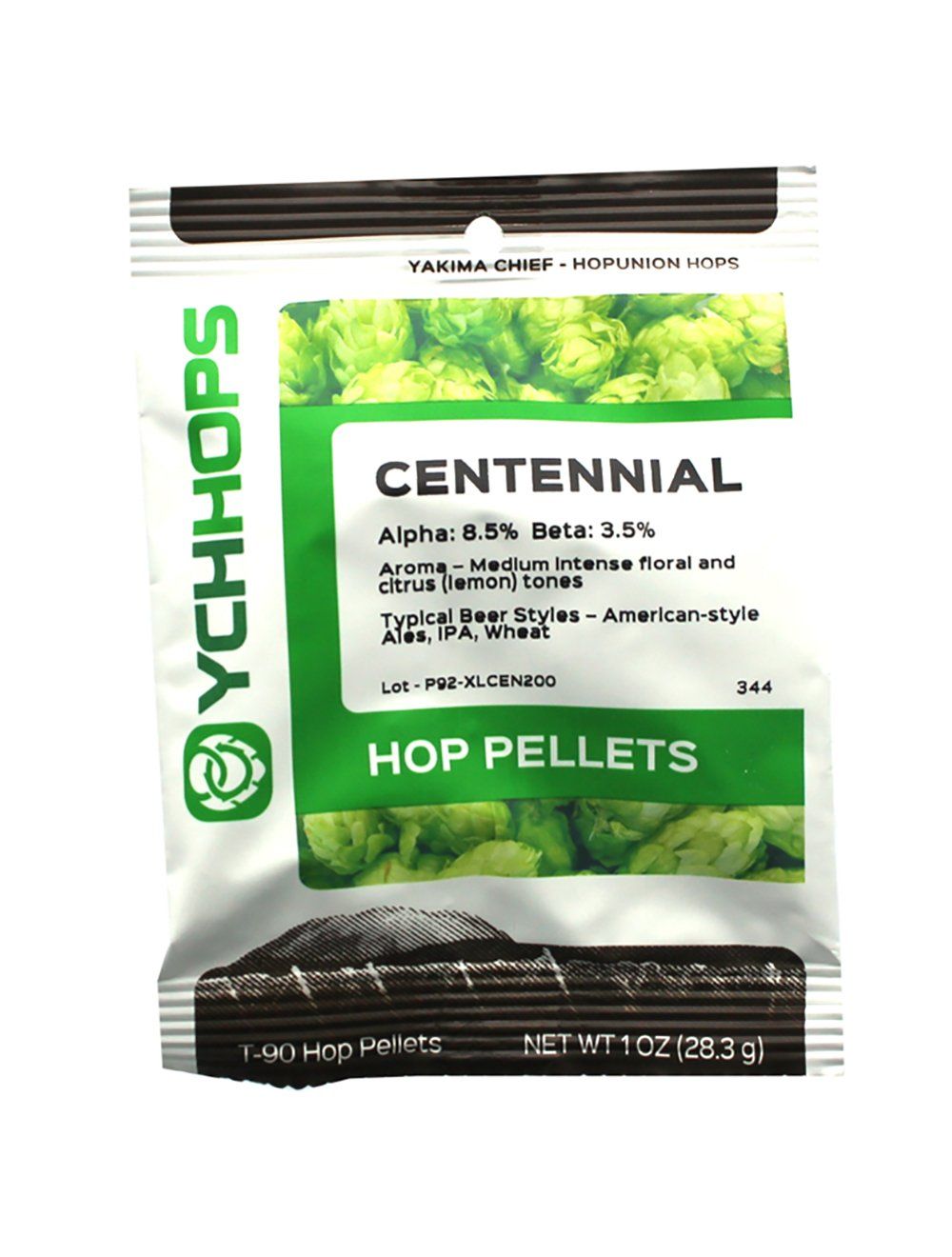 Be the first to review this product
This hop is often referred to as a 'Super Cascade', since it has a strong citrus aroma. Nitrogen purged
packaging. Buy now!

$2.69
Availability: In stock
SKU
HP130A
Add to Wish List Add to Compare
Details
American aroma-type variety bred in 1974 and released in September 1990 by S.T. Kenny and C.E. Zimmermann, the breeders of this variety. Similar to Cascade and Chinook. The genetic composition is 3/4 Brewers Gold, 3/32 Fuggle, 1/6 East kent Golding, 1/32 Bavarian and 1/16 Unknown. One of the "Three Cs" along with Cascade and Columbus. Centennial is often referred to as a 'Super Cascade', since it has a strong citrus aroma.