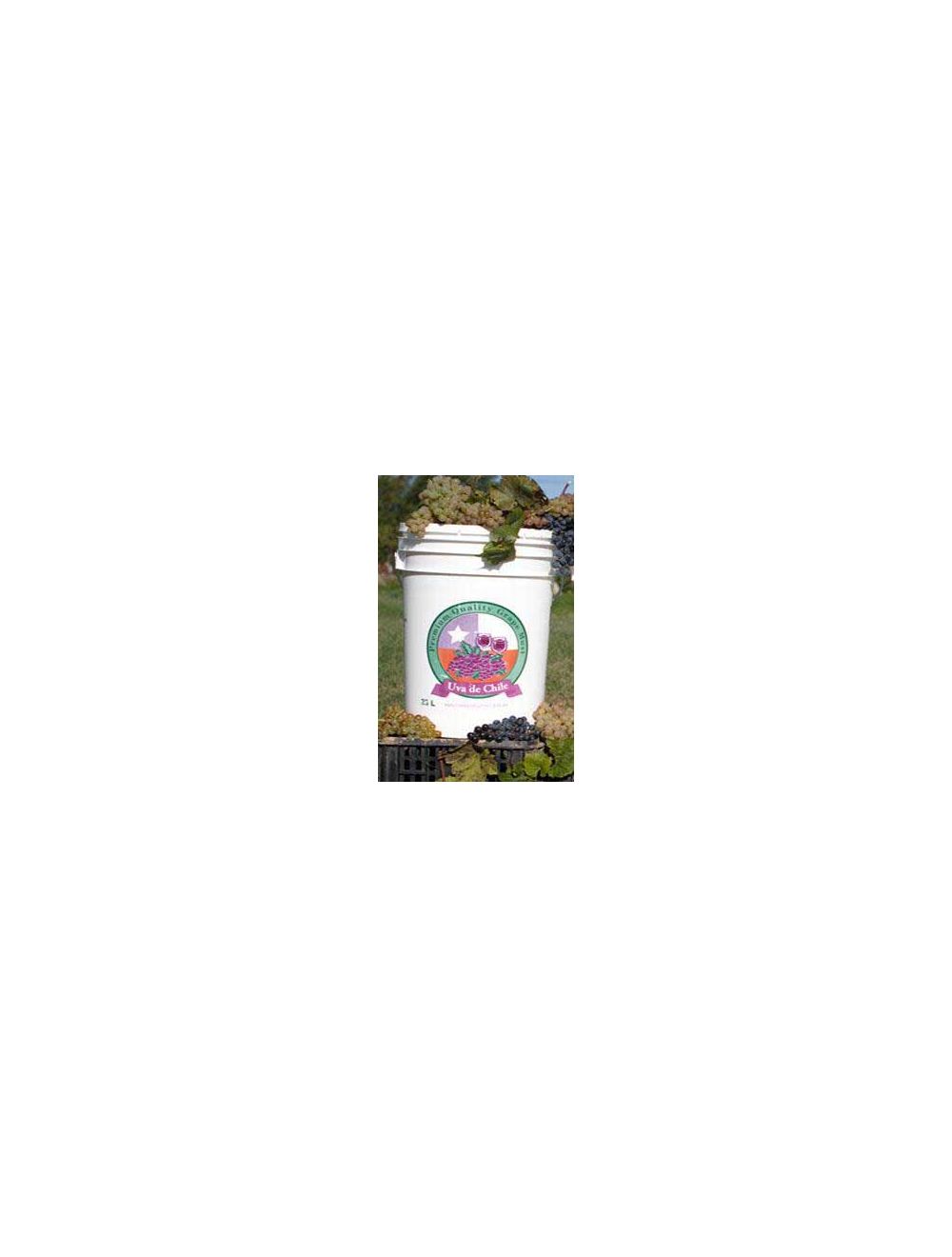 Be the first to review this product
$54.00
Availability: Out of stock
SKU
CJ130
Notify me when this product is in stock
Add to Wish List Add to Compare
Details

Available for PRE-ORDER Now. Juice will be arriving in early April. We will contact you when it arrives.

The Carménère grape is a wine grape variety originally planted in the Médoc region of Bordeaux, France, where it was used to produce deep red wines and occasionally used for blending purposes in the same manner as Petit Verdot.

A member of the Cabernet family of grapes,[1] the name "Carménère" originates from the French word for crimson (carmin) which refers to the brilliant crimson colour of the autumn foliage prior to leaf-fall. The grape is also known as Grande Vidure, a historic Bordeaux synonym,[2] although current European Union regulations prohibit Chilean imports under this name into the European Union.[3] Along with Cabernet sauvignon, Cabernet franc, Merlot, Malbec and Petit verdot, Carménère is considered part of the original six red grapes of Bordeaux, France.[4][5]

Now rarely found in France, the world's largest area planted with this variety is in Chile in South America, with more than 8,800 hectares (2009) cultivated in the Central Valley.[6] As such, Chile produces the vast majority of Carménère wines available today and as the Chilean wine industry grows, more experimentation is being carried out on Carménère's potential as a blending grape, especially with Cabernet Sauvignon.